The Ghost of Ebo 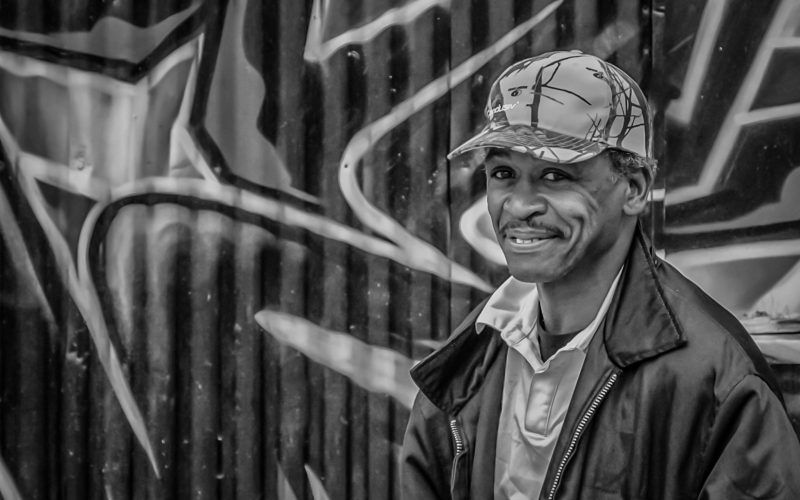 I met Ebo a few weeks back on one of my Mercy Pedaler “dawn patrols” in Midtown.  Ebo is homeless, but he lives in a world of street art.   He resides in what can only be described as alley housing, i.e., behind a commercial building next to a K Street garage covered inside and out with street murals.   His quarters consist of a tent, some tarps, miscellaneous junk that has been collected from around the neighborhood, and a “patio” that serves as a work area where he putters around repairing bicycles.

Ebo was born and raised in Oakland but now considers Sacramento his home.  He has been “on-and-off” homeless for the past nine years.  In a short period of time Ebo and I got to know one another.  We are Aquarians that share the same birthdate.  On the street that is as good a bond as any.

At one time Ebo was a truck driver, but lost his commercial license when he incurred a driving-under-the-influence conviction.  Now he is homeless, living in an alley surrounded by art, doing what he can to survive.

I spent several days with Ebo photographing the street art close to the alley where he lives.  In Midtown the homeless and street art share many streets, alleys and parking lots.  I like walking Midtown with Ebo and discussing the art that we see.

Saturday, November 11.  I’m on Dawn Patrol and stop to see if Ebo wants to look for new Midtown murals.  He’s gone!  There’s no evidence  that he was ever living behind the K Street garage.  That is, except for these images… 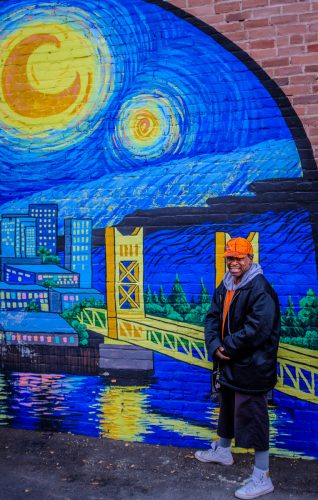 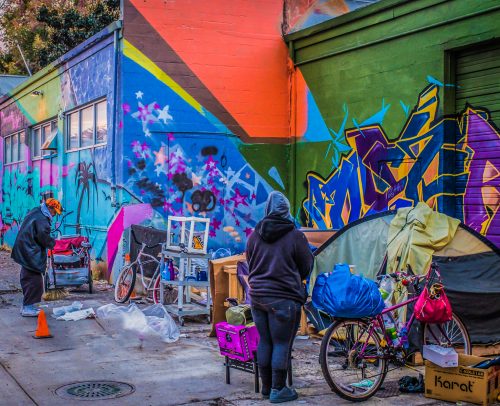 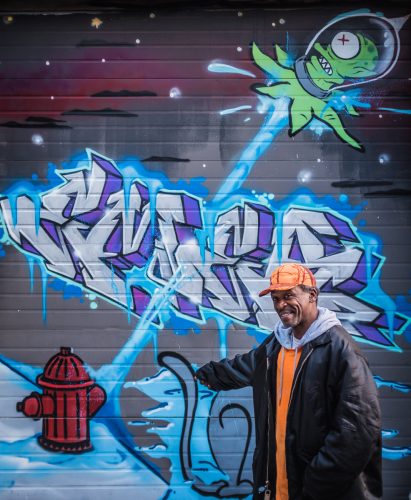 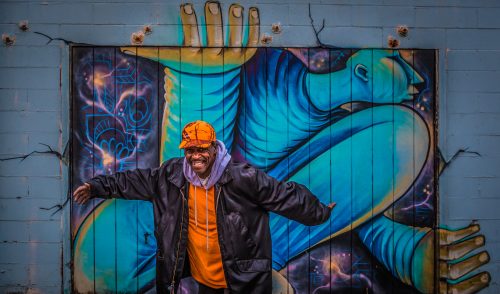