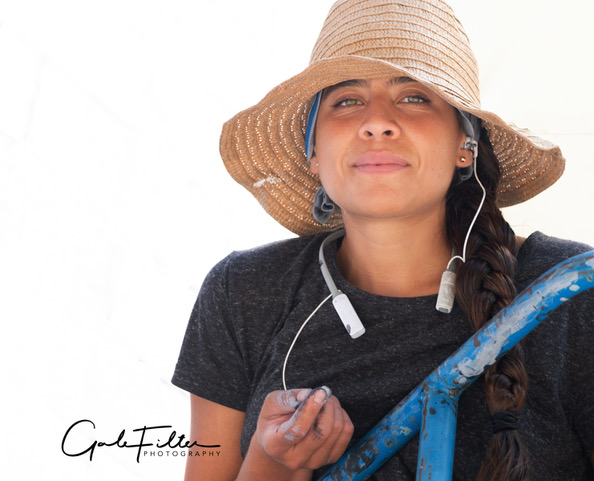 Artist Paola Delfin (Mexico City), #paola_delfin (Instagram), “Hogar” (Home) mural.  I met Paola last summer when she was doing a mural for Sacramento’s Wide Open Walls. (WOW).  I believe that her mural says a great deal about the world’s homeless.  Not a week passes that I don’t see the mural and think about Paola’s statement:

“1.6 billion people in the world ( estimated in 2015) are living in a homeless situation, in the United states around 554,000 persons live in the streets and more than one quarter of this number happens to be in California and the increase is alarming, a population that is excluded from society and many times invisible and judged, all of them have a story to tell, a reason that drove them to be there, this situation speaks of a major issue that involves everyone, we all deserve to be seen.”

Shortly after Paola completed the mural I took the accompanying images of Joe who is homeless.  Paola is right, Joe deserves to be seen.  For me, photography is not only a means for the homeless to be seen but it also speaks loudly for those who cannot speak for themselves.  Kudos Paola!  Thanks for visiting Sacramento and speaking loudly for the homeless.  Paola’s mural can be seen on the outside wall of the Holy Diver bar, 1517 21st Street. 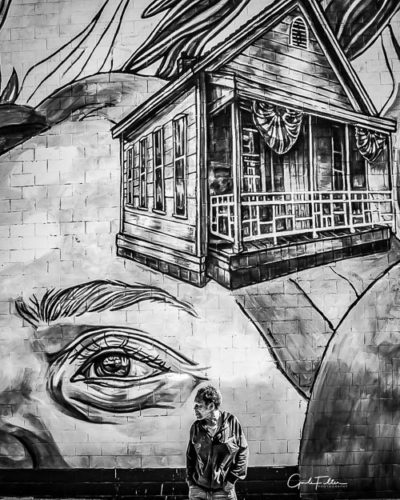 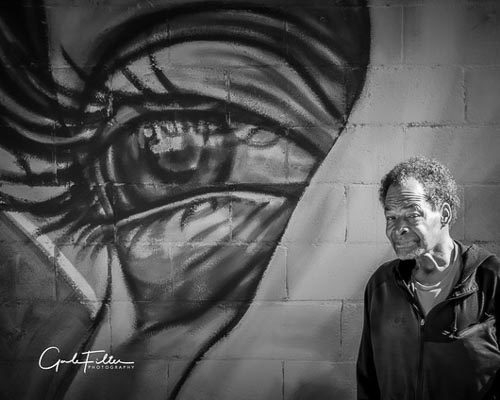 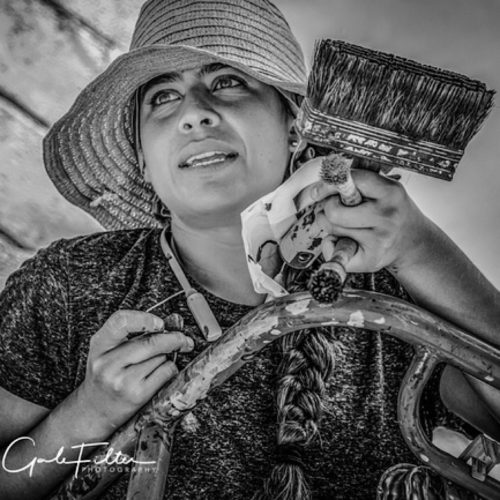